Breast cancer affects one in eight women and is a major health concern in the United States.  Surgical treatment to remove the tumor involves either a lumpectomy, in which only a portion of the breast is removed, or a mastectomy, in which the entire breast is removed.  In the case of a mastectomy, a Plastic Surgeon like Dr. Nordberg can get involved to reconstuct the breast(s).  Studies show that having breast reconstruction following a mastectomy generally improves the quality of one's life.

There are two main ways to reconstruct a breast.  The first involves using an implant, usually preceded by a temporary device called a tissue expander.  The second method of reconstruction is autologous in which one's own tissue is used to create a new breast.  The most common example of autologous reconstruction is the transverse rectus abdominis (TRAM) flap.  In a TRAM flap, the lower abdominal skin, fat, and muscle are used to mold a new breast.  An added bonus to this procedure is that it is similar to a tummy tuck in that it can get rid of some excess tissue of the lower abdomen.  There are other types of tissue reconstructions such as the latissimus dorsi (LD) flap from the back.

The choice of reconstruction following mastectomy can be complicated.  Many factors go into the decision-making process, such as the need for radiation or chemotherapy, previous procedures, and medical conditions like smoking, diabetes, obesity, and emphysema.  Dr. Nordberg urges any patient who is in need of a mastectomy to seek consultation with a Plastic Surgeon so that the important issues affecting the choice of reconstruction can be reviewed.  Like any other surgery, the choice of procedure is individualized to each patient's specific situation. 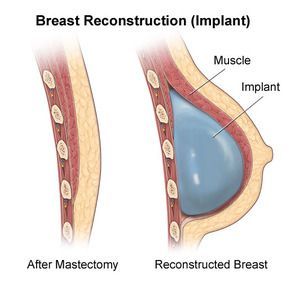 Although there are occasions where a permanent implant can be placed at the time of mastectomy, implant reconstruction usually begins with placement of a tissue expander.  This is necessary because the mastectomy surgery removes tissue making the skin too tight to accomodate the implant.  Dr. Nordberg gradually fills the expander in his office at weekly intervals until the desired breast size is achieved.  Surgery to remove the expander and replace it with an implant is then scheduled.  The final implant can be filled with either silicone gel or saline, but studies confirm that silicone implants are more natural both visibly and to the touch.

Another trend on the rise in breast reconstruction is bilateral mastectomy.  Some women carry gene mutations for breast cancer (BRCA1, BRCA2, etc) that put them at high risk for breast cancer and make them good candidates for removal of both breasts.  In these cases, bilateral implant reconstruction allows excellent breast symmetry.  Dr. Nordberg in his Stamford practice also utilizes Alloderm tissue in his implant reconstructions, which has revolutionized breast reconstruction by giving more natural, soft results.  The Alloderm acts as an internal sling, holding the implant in proper position and stretches over time to simulate the natural shape of woman's breast.

Implant reconstruction often is chosen by women who desire a faster recovery and do not want to have surgery on other parts of their body. 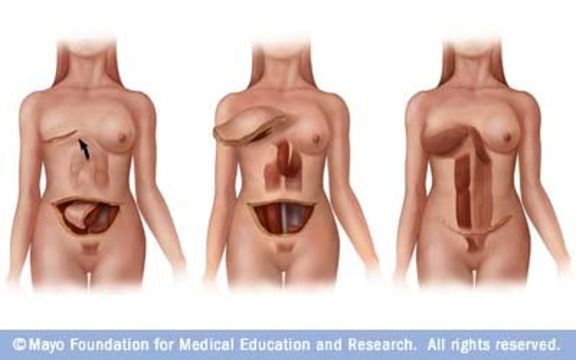 The TRAM flap is one of the more common procedures utilizing a woman's own (autologous) tissue for breast reconstruction.  As shown in the above drawings, Dr. Nordberg uses tissue from the lower abdomen and transfers it to the chest through a tunnel under the skin to recreate a new breast mound.  The abdomen is then closed much like a tummy tuck leaving a lower curved scar.  A nipple reconstruction usually follows at a second stage months after the initial surgery.  If needed, Dr. Nordberg will perform a nipple tattoo in his Stamford Office at a later date.

The main advantage of the TRAM flap, like any tissue reconstruction, is that it creates a soft, natural-looking breast that is resistant to the deleterious effects of radiation.  In addition, contour of the lower abdomen can be improved since excess skin and fat are removed in the process of performing a TRAM flap.  The procedure is more involved than implant reconstruction and carries a longer recovery.  A woman interested in this type of reconstruction must have a thorough evaluation by a Plastic Surgeon like Dr. Nordberg in order to find out if they are a candidate for the procedure.  Previous surgery on the abdomen, body weight, smoking, and certain medical conditions may make a TRAM flap too risky for some women.

The latissimus dorsi muscles ("the lats") lie on the sides of the upper back extending from the upper arm to the midline.  A flap can be created using the latissimus muscle and overlying skin/fat to create a new breast mound much like the TRAM flap.  The latissimus flap is a very reliable tissue reconstruction in breast cancer and often is accompanied by an implant to give more volume to the breast.  This flap is especially useful in cases where a patient has had tightening of the skin due to radiation of her breast.  Dr. Nordberg utilizes the latissimus flap in his practice in Stamford, Connecticut. 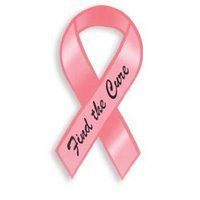 Dr. Nordberg offers the latest in procedures to reconstruct a breast affected by either cancer or another disease process.  He is also a strong proponent of breast cancer awareness and prevention.  Connecticut has the second highest incidence of breast cancer in our nation.  Located next to Stamford Hospital, he works closely with a multidisciplinary team at Stamford Hospital to assure the most complete and highest quality care of every patient.

*Disclaimer: results are not guaranteed, may not be permanent, and can vary per individual. Some images are of models, not actual patients.